Iran University of Science and Technology

Dynamic performance of the 3D train–bridge system (TBW model) subjected to different hydrodynamic loads and applying AAR track irregularity is established in this study. By taking a continuous bridge (32 + 48 + 32) m with box girders as a case study, the dynamic responses of the bridge which is under train passing and subjected to several sea hydrodynamic loads are analyzed. The substructure of the bridge includes four concrete solid piers with rectangular sections and piers are fixed at seabed. Piers and decks are designed and analyzed based on dynamic finite elements methods, and hydrodynamic forces are applied on piers according to Morison's theory. Also, car body is modeled by a 27-DoFs dynamic system. Model validation has been performed with another research by considering vessel collision load. Then, the dynamic responses of the bridge and the running safety indices of the train on the bridge under several types of sea wave states when train speed is 300 km/h analyzed. Results of TBW's sensitive analyzes have shown the importance of sea-states conditions for train safe and comfortable running. Also, irregularity has an obvious effect on the dynamic responses of the bridge. It has greater effect on vertical acceleration and displacement than horizontal ones in presence of hydrodynamic load. Combination of these two phenomena (wave and irregularity) jeopardizes the running safety of train when crossing the bridge. 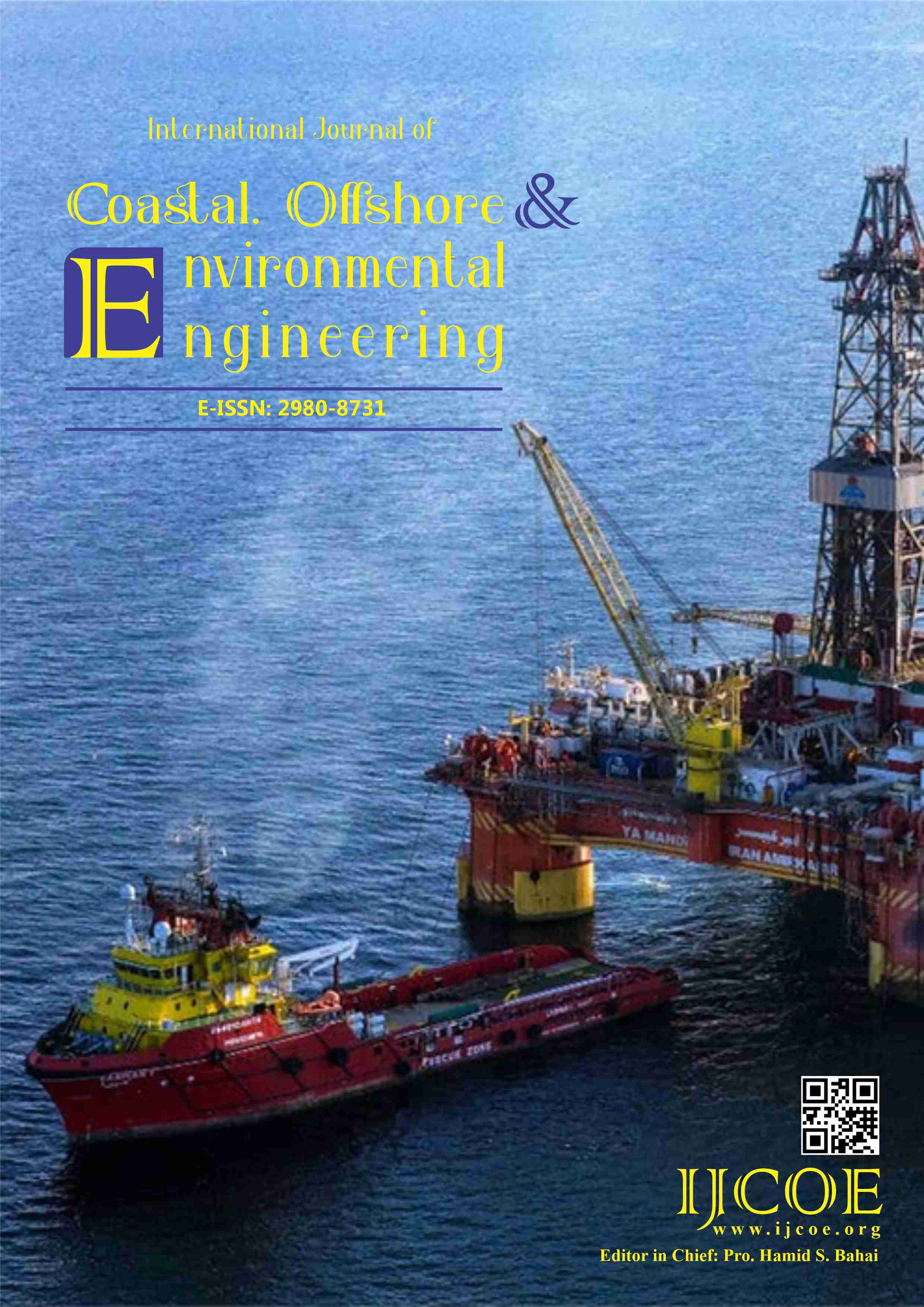